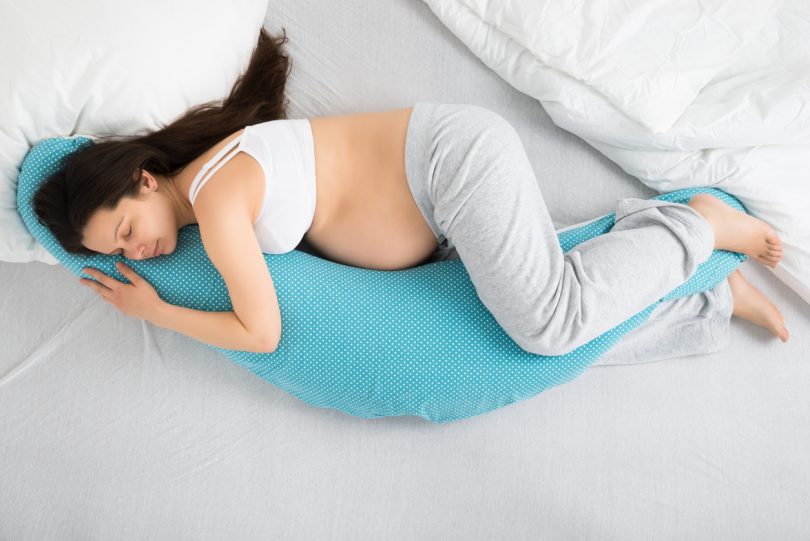 A study has been published today by the British Journal of Obstetrics and Gynaecology which looks at safe sleeping positions during pregnancy. The study found that women who go to sleep on their backs after 28 weeks gestation are at more than double the risk of stillbirth compared with women who sleep on their side.

Sleeping on your back during during the third trimester puts pressure on blood vessels and can restrict the flow of blood and oxygen to the baby. Data from this study – the largest of its kind – suggests that this is likely to be a factor for stillbirth.

Does it matter which side I sleep on?

While the studies’ findings showed no difference in risk between left and right side sleep positions further analysis “will further investigate whether right-sided going-to-sleep position is independently associated with late stillbirth” according to the report. Another research study in Auckland, New Zealand, showed that women who sleep on their left side on the last night of pregnancy halved their risk of stillbirth – but this is the only study with these findings to date.

Sleeping on the left during pregnancy has however been shown to improve the function of the kidneys.

Adjusting your sleeping position during pregnancy

So if you sleep on your back what can you do about it? First of all, don’t panic. If you usually sleep on your back it can be hard to avoid rolling into your default position in your sleep. As part of the study women were advised to begin sleeping on their side, since that’s position we stay in the longest, according to Prof Alexander Heazell who led the research.

Here are a few ways to help keep you from rolling over:

UK pregnancy charity Tommy’s has launched a campaign to promote the findings of this study and to encourage women to sleep on their side during pregnancy which is well worth a look: