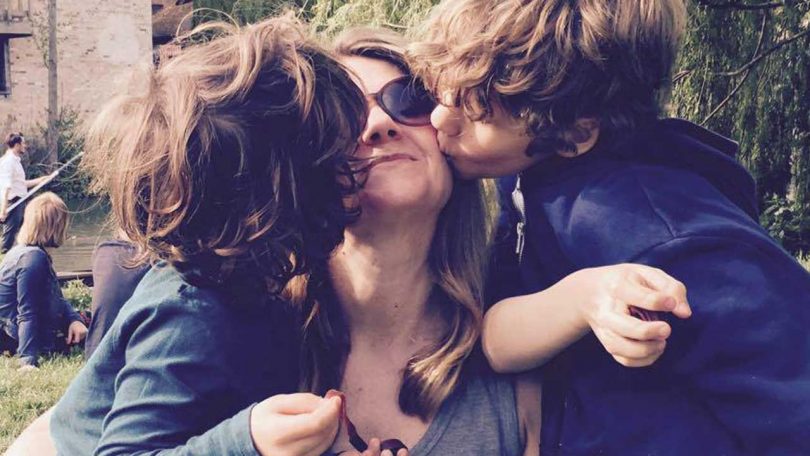 Is it my imagination or do mamas of sons always look slightly more tired than other parents? I don’t sign up to gender stereotypes but when I had my 20 week scan and saw (with no doubt!) that there was another boy on the way I wondered whether my 39-year-old body would stand up to the physical demands of TWO little men. A little part of me secretly yearned for a daughter too, how would I cope with being a ‘boy mom’?

Being a mother of boys has its challenges but SO many joys. So, what are boys like? Here’s what I’ve learned.

When I was pregnant someone told me that boys should be exercised like dogs – i.e. a good run twice a day. I let out a nervous half-laugh – an overstatement, surely? Fast forward to 18 months into toddlerhood, and what became my daily ritual of eldest boy banging on the front door to go to the park before I’d swallowed my cereal. This boy is like a springer spaniel after 10 Red Bulls, there is simply no tiring him out. Compared with their female counterparts my boys rise earlier – WAY earlier – and don’t stop until they drop (read our article on sleep training if your little one’s sleep is interrupted and you need some guidance).

No two children are the same of course, but 10 years down the line and with a six year old now in the mix I can safely say that exercise is key! It’s a serotonin and oxytocin thing, apparently.

2. They will pee on your floor

Let’s be honest, some MEN don’t always manage this so it should come as no surprise that boys don’t always have the best aim. As soon as potty training is mastered and your darling son is ready to relieve himself ‘big-boy style’ it only takes the tiniest distraction – their entire body will follow the sound taking their perfect arc with it. Top tip: Toilet balls are a game-changer.

3. Their private parts fascinate them

I know – shocking. Boys’ obsession with willies starts surprisingly early starting with pure wonderment and pride at what lies between their legs. Stage two, which can last several years, is the grabbing stage and it seemingly never gets old. Toddler erections only serve to fuel their favourite pastime. As bewildering as it is, it’s arguably the one thing all boys have in common.

Listen up, moms of sons! This I was not expecting. All children love their moms of course, but the way boys show their love to their mothers is something else. That’s not to say that girls aren’t loving, but man – boys! As a mother of boys I have been showered with heart-melting kisses, marriage proposals and cuddles from my boys for as long as they’ve know how. Granted, my experience of girls is second hand but if the mommy grapevine is to be believed there is definitely something in it.

Are you detecting a theme here? I don’t remember reading about toilet humour as part of child language development but believe me – it’s a thing! If I had a pound for the times I’ve heard ‘bum, wee, fart [giggle], bum, wee, fart [giggle]’ I would be one rich mama. Girls aren’t immune to the hilariousness of bums and willies of course, but for boys it never gets old. Like, NEVER.

I was always sceptical about the idea that boys are naturally more drawn to trains and cars and I’m very careful to avoid imposing gender stereotypes. But put them in a room full of toys and my sons would always grab something with wheels. Whether it’s watching windscreen wipers or charging a car into a wall boys gravitate towards motion – it’s just the way they’re built. According to ​researchers​ boys are attracted to objects that improve their spatial abilities and long distance navigation skills – something thought to be linked to their traditional role as hunters. Who knew?

Boys are challenging, gross and exhausting and I wouldn’t change them for the world.

This article originally appeared on https://motherhoodtherealdeal.com/